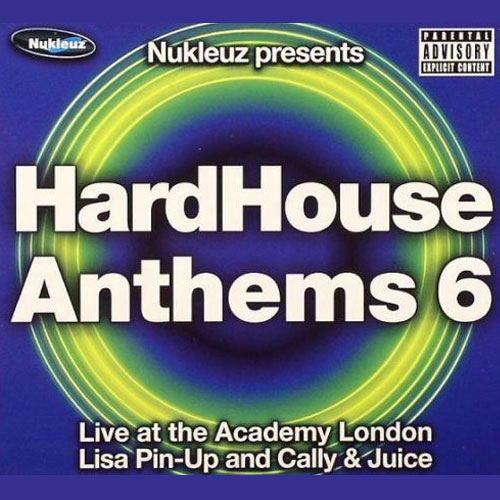 Lisa Pin-Up is the first lady of hardhouse and one of the most in-demand djs on the scene today. On the decks she is a legend, known for her skilful mixing, fun party style and the ability to turn any dance floor into a seething frenzy. Off the decks she’s a prolific producer, an original member of the tidy girls EP releasing her very own artist album for Nukleuz records.

Nukleuz was established by UK Media Records boss Peter Pritchard in 1996 in order to create a unique and cutting edge club label. The very first releases on the label were funky house but within a couple of years it had released its first UK hard house productions. This developed pace with the whole brand exploding at the end of the last millennium, with Nukleuz becoming the number 1 vinyl selling label for three years running and becoming Music Week's No.1 UK Dance label.

The first track of CD 1 on this Nukleuz album, features Barry Diston and A-Star with their track, "Check My Melody" The track was Produced and engineered here at The Fidget Dance Music Production Studio.