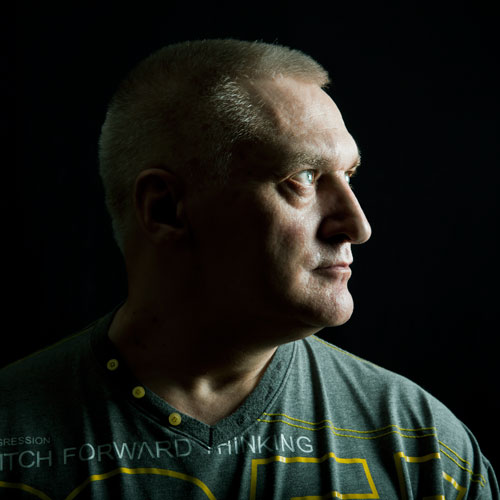 For eight years in the ‘90s, the Leicester prodigy played a central role in the success of the most important after-hours club in British dance music history, Trade, the most influential club in the annals of hardness.

Having cut his teeth in his hometown for several years towards the end of the 80s, the DJ world’s God of thunder got his first big break when Trade offered him a slot on a tour date in Birmingham.

The rewarding residency that followed at the London club’s homebase in London gave Ian the challenging task of playing after the lord of the dance Tony de Vit, one that he pulled off successfully week after week.

The fruitful relationship with Trade afforded the Godfather of hard house a number of memorable career highlights. These include playing to an audience of 250,000 at the Love Parade in Leeds, teaming up with Danny Tenaglia at Twilo in New York and playing Dance Valley in Amsterdam alongside Carl Cox.

The punisher’s more recent successes at the epicentre of the hard universe are as notable and widespread, as his much-admired residencies at Sundissential, Insomniacz, Storm, Twist, Sinergy, Fuel and Insekt testify.

As a creator of top quality tunes with high production values, Ian has never been described as prolific, but when he does deliver a new tune, it tends to be a major event rather than just another record coming out.

The Fidget Studio was pleased to be the production base for a world exclusive collaboration between two of the biggest names in the Hard Dance scene. Andy Farley and Ian M. - The collaboration track is due to be released on the Carboned recordings label, 2014