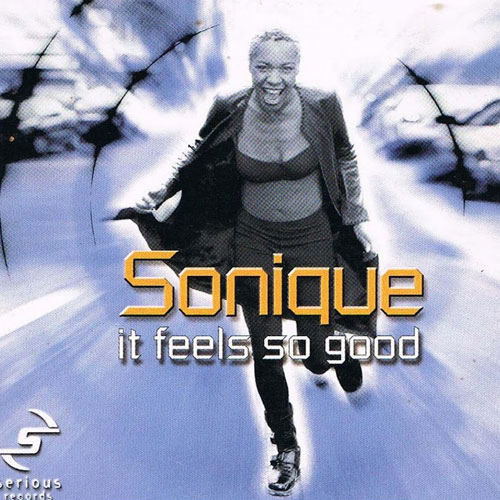 Sonique enjoyed two club and dance music chart hits with "I Put A Spell On You" and "It Feels So Good" on Manifesto Records. "Spell " was originally released in the UK in June 1998 and peaked at 36 in the official single charts while "It Feels So Good", charted in December the same year, climbed up to 24. The track has grown to a mainstream hit in the US, breaking into the national Top 10, and belatedly gave her a UK chart-topper in May 2000. On its first week of release it sold 195,000 copies, compared with the 32,000 total of the first time around

DJ Paul Morrell has produced a number of tracks remixes for sonique here at the Fidget Studio including an official remix for the Re-Release of Sonique's UK No.1 hit "It feels so good"